The Meaning of Evil 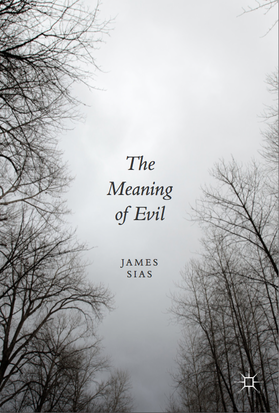 In the wake of World War II, when the whole world was exposed to the horrors that had taken place at Nazi concentration camps, some philosophers and historians were of the opinion that the actions of the Nazis against their victims defied all of our moral categories. To call the Holocaust "wrong" or "bad," for instance, would be to engage in gross moral understatement, to fall immeasurably short of actually capturing its moral status. And it won't help to add a qualifier like "very" or "really." The Holocaust was not merely "very wrong." Nor was it just "really bad."

But then, how should we characterize it, morally? What kind of label would be appropriate?

A term like "evil" might seem like a natural candidate, but philosophers had already been using this term for hundreds of years, and in a much different way. For much of the history of philosophy, the term "evil" was used to refer very generally to badness of any kind, or to the absence (privation) of goodness of any kind. Sometimes, philosophers use it to refer specifically to suffering, but this typically includes suffering that has no connection at all to wrongful human action (e.g., suffering from some disease, deformity, or natural disaster). Surely, though, the Holocaust does not belong in the same moral category as a plague or an earthquake.

Borrowing and adapting the term from Kant, Hannah Arendt proposed that we use the term "radical evil" to refer to the moral horror of the Holocaust. And for the past half-century or so, drawing on everything from history and psychology to literature and film, philosophers have been trying to identify the essence of this peculiar moral category (though most philosophers working on the issue simply use the term "evil" to refer to what Arendt called "radical evil").

What is it, specifically, about the treatment of prisoners in the concentration camps and death camps that made it not just wrong, but evil? Were the Nazis themselves evil? Or is it just their actions that should count as evil? And are there any other forms that evil might take? For instance, consider the difference between an "ordinary" murderer and a psychopathic serial killer, who not only kills, but also exploits his victims in various ways (e.g., rape, mutilation and dismemberment, cannibalism, and necrophilia). Could it be that the difference here is that the latter is evil?

In my book, I take a cue from Arendt herself. In a letter to friend and former teacher Karl Jaspers, Arendt once wrote, "What radical evil really is I don't know, but it seems to me it somehow has to do with the following phenomenon: making human beings as human beings superfluous." Against prevailing theories of evil, I argue that evil is a matter of seeing others as morally superfluous -- or, in other words, evil is a matter of utter moral disregard.

The book is now available for purchase. (Individual chapters can be purchased and downloaded from the publisher's website.) See below for a description of each chapter.

Chapter 1: An Introduction to Evil

The purpose of the introductory chapter is to make as clear as possible what will (and what will not) be the focus of the book. The central question of the book is this: what makes someone an evil person? And secondarily: what makes an action evil? In order to make decent sense of these questions, though, I have to contrast my own use of the term 'evil' with a few other common ways in which the term is used. I also clarify the notion of an evil person by contrasting it with the notion of an evildoer. The end of the chapter is an outline of the rest of the book. Part I (Chapters 2-4) will focus upon the psychology of evil, and Part II (Chapters 5-7) will focus upon the philosophy of evil.

Part I: The Psychology of Evil: Some Case Studies

Why are psychopathic serial murderers like Ted Bundy and Edmund Kemper so often cited as examples of evil people? Does it have something to do with serial murder? Does it have something to do with psychopathy? For that matter, what is psychopathy? And how can psychopaths be evil if they supposedly "lack a conscience"? The short-term aim of this chapter is just to address all of these questions. The long-term aim is to gather psychological data to be used later in the book, for purposes of evaluating various philosophical theories of evil, and then developing and defending my own.

Genocide, like serial murder, ranks highly on most lists of paradigm instances of evil. But why? What makes genocide any more evil than other actions or events with similarly high death tolls, like wars? Focusing primarily upon the Nazi Holocaust and the Rwandan genocide of 1994, this chapter examines the social-psychological circumstances that precipitate genocide, as well as the psychologies of notorious genocidal leaders, like Adolf Eichmann and Pauline Nyiramasuhuko. As with Chapter 2, this chapter has both short-term and long-term aims. In the short-term, it attempts to make as much sense as possible out of genocide and those who perpetrate it. And in the long-term, it aims to gather important psychological data on which to base the book’s later philosophical discussions of evil.

The ubiquity of expressions like "the love of money is the root of all evil" suggests that many people associate evil with the unscrupulous pursuit of wealth. This is interesting, though, since most philosophers who work on the nature of evil tend to overlook the category of money-related evils entirely. This chapter aims to rectify that by examining a range of such evils -- including Bernie Madoff's perpetration of the largest financial fraud in history, human trafficking, and even intensive animal farming -- as well as a series of empirical psychological studies of the effects of money upon the mind. Much like Chapters 2 and 3, the information gathered in this chapter will be useful later in the book, especially when it comes time to examine various philosophical theories of evil.

Before we can focus our attention entirely upon philosophical theories of evil, I need to address a few puzzles that often arise in this context, and that threaten to undermine theoretical work on the subject. The first puzzle has to do with the connection between evil and incomprehensibility. If evil is fundamentally incomprehensible, as many assume, then how could there ever be a satisfactory theory of evil, if the point of such a theory is to help us comprehend the subject matter? According to the second puzzle, if most plausible candidates for evil are likely to suffer from some sort of mental illness or disorder (like psychopathy), then how could it be fair or accurate to call them evil? And the third puzzle concerns skepticism about the reality of moral character in general, and of evil character in particular.

In this chapter, I describe and critique a number of prominent theories of evil proposed by philosophers in recent years. These theories are divided into roughly four categories: extremity theories, action-based theories, desire-based theories, and affect-based theories. For each type of theory, I describe an example or two of a theory of that type, and explain why it does not do an adequate job of accounting either for our intuitions about evil, or for some of the psychological data gathered in Part I of the book.

Chapter 7: A New Theory of Evil

In the final chapter of the book, I develop and defend my own theory of evil. Since my view is very much inspired by some of the ideas of Hannah Arendt, I begin by discussing a few of her more noteworthy claims about evil. This leads me to conclude that evil is a matter of regarding others as morally superfluous. The next section aims to clarify what this means, so that I can then fully articulate the view and apply it not only to evil persons, but also to evil actions, institutions, policies, events, and so forth. Then I show how the view accommodates the psychological data gathered in Part I of the book, and also how it avoids some of the problems raised for other theories in the last chapter, before defending it against a number of potential objections.